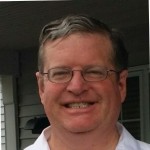 John McGowan, CEO, Mathematical Software, who has been a Toastmaster since the 1990s, says:

“I joined Toastmasters in 1997 shortly after starting a new job at NASA Ames Research Center.  I was looking for a way to meet more people at Ames outside my immediate work group.  Ames had a printed newsletter which had a list of meetings of various groups.  Ames has a program to sponsor extracurricular activities such as Toastmasters.  I found Jetstream Toastmasters which dates back to the 1950s and started attending.

I enjoyed attending the weekly Jetstream club meetings and decided to look for a non-work related club as well.  I found Talking Heads Toastmasters which met on Thursday evenings within easy walking distance of my home in Mountain View.  At the time, Talking Heads was a very social club with members having dinner after the meeting on Thursdays.  We took many trips and other activities on weekends during this period.  I still have quite a number of friends from Talking Heads; we had a Holiday Reunion dinner this past December.

I enjoyed attending both clubs for many years.  I definitely experienced an improvement in public speaking and interpersonal skills.  I earned the Competent Toastmaster (CTM) which was later renamed Competent Communicator under the old pre-Pathways system within about a year, the Advanced Toastmaster Bronze (ATM-B) and the Competent Leader within a few years.

I had a bit of a hiatus from 2003 to 2010, especially from 2008 to 2011, although I attended Jetstream from time to time.  I resumed strong activity in about 2011 and have earned the Advanced Communicator Silver (ACS) and the Advanced Communicator Gold (ACG), the latter about six months ago (mid-2018).   I also was a Finalist for the District 4 Evaluation Contest in 2016 — the first time I have gotten to the District and Division contest level.  All of these awards and competitions were with Early Risers Toastmasters.

I was looking for a community club near my home which is how I found Early Risers.  With its early meeting time, it tends to be small but the members have consistently been highly committed, good speakers that I have learned much from, and supportive.”